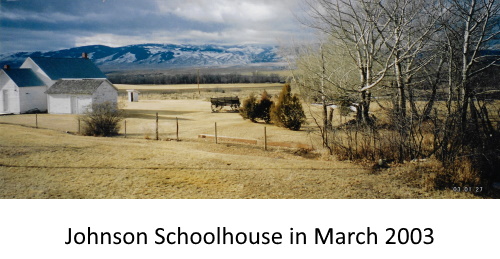 Peggy Christie Flynn donated many of the historic images and documents pertaining to the Historic Johnson Schoolhouse.  Her mother Ruth Christie (artist, poet, author) was the last teacher at the Johnson School and the Christie family have a long history with the school.

The drawing below was done by Ruth Christie and Peggy Flynn graciously allowed us to not only display the image of the drawing (below) but to use a portion of the drawing as the Preserve Broadwater History logo. 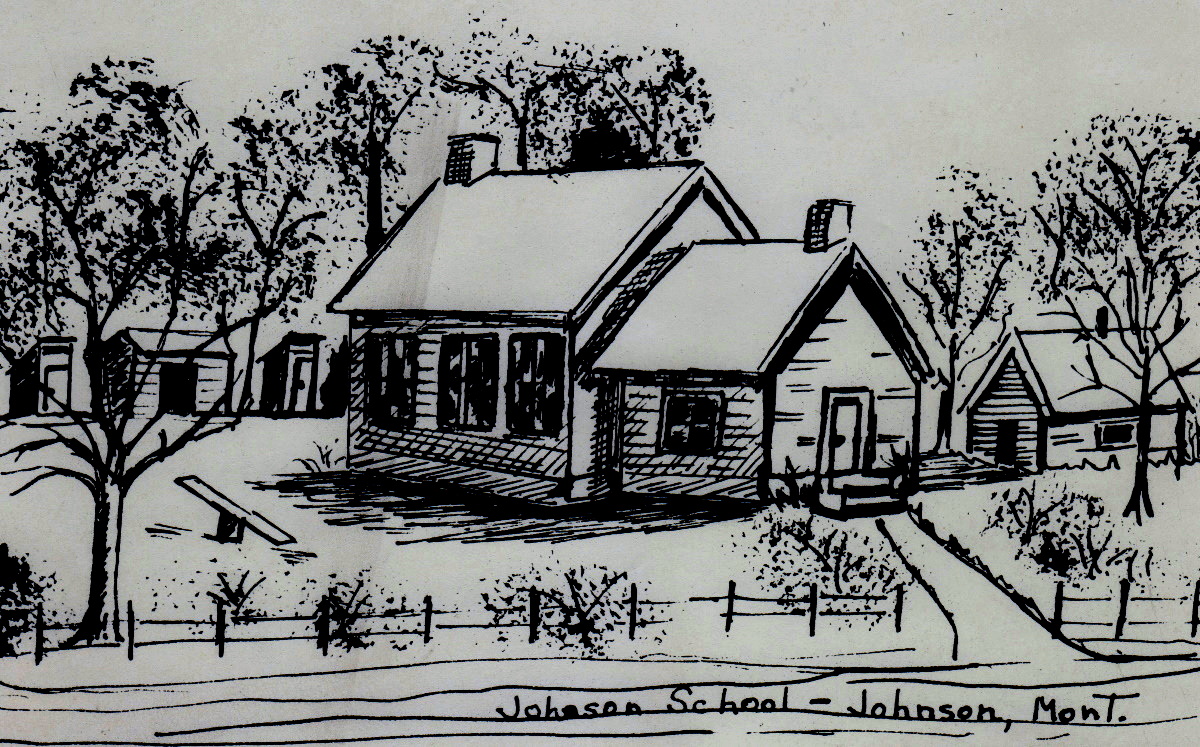 The Johnson School got it's name from the family of one of the original settlers in the area, Reuben and Anna Johnson, who were instrumental in creating the Johnson School District..  The first school was build in 1875 and was named the Confederate School due to it's location on Confederate Creek coming out of Confederate Gulch.  The school was then moved to a building about a mile east of the original Confederate School until the existing schoolhouse building was built in 1905 just west of the second site. 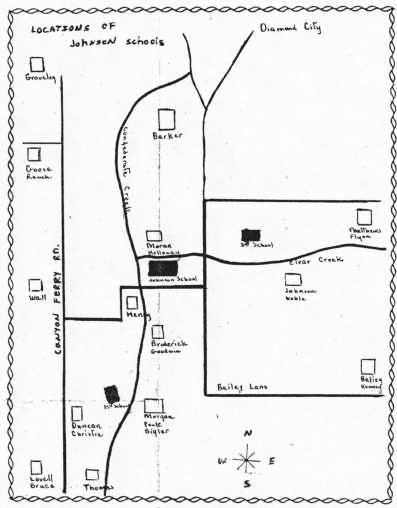 From an Historical Evaluation of the Johnson Schoolhouse:

History: The Johnson School was the second to serve area residents. The first school in the part of the Townsend Valley was the Confederate School built in 1872.  The older building was made of logs and stood further up Confederate Gulch. The use of local materials is reflective of the school's temporary nature, first serving mining and early ranching families when Confederate Gulch placer mining was thriving but involved a transitory population.

By the turn of the century, Confederate's placer boom had long since busted, but ranching families were developing increasingly successful sheep and cattle operations. No doubt the Confederate School had outlasted its usefulness and area residents wanted a more permanent building. The new schoolhouse at 24BW1069 was built in 1905 on an acre of land donated by the adjacent property owner Thomas Glenn. The school was renamed the Johnson School, in recognition of Reuben A. Johnson, the founder of the community of Johnson, and Ann M. Johnson, the founder of the new Johnson School District which essentially replaced the old Confederate district.

Construction of the new building began in August 1905, after the trustees voted to levy a 5 mill tax to pay for the new schoolhouse. The total cost of the 20x30 foot building was $575.10. Other specifics about the school such as the origin of the building design, are presently unknown. The architecture clearly denotes use of a more-or-less standard plan used by many rural school districts in Montana and elsewhere, though.

As with most rural schools, the schoolhouse served as a community hall on occasion. During the 1910s, benefit dances and basket socials were held at the schoolhouse to raise money for the school, but other non-school-related activities also took place there.

The last class was taught at the Johnson School in 1946. The school closed during school district consolidation which followed closely on the heels of World War II in Broadwater County.