The Radersburg Methodist Church was opened in 1914.  The famous Montana Methodist circuit rider "Brother Van" was present for the opening of the church.

Rev. William Wesley Van Orsdel (March 20, 1848 – December 19, 1919), or "Brother Van", was a Methodist circuit rider in Montana who made a significant contribution to the spread of Methodism in Montana and to the early development of the state's public institutions. Throughout his career, Brother Van founded churches, universities, and hospitals; he converted and ministered to homesteaders, miners, and Native Americans; he worked with the elites and the poor, the famous (C.M. Russell counted Brother Van among his friends) and the forgotten in a career that spanned nearly fifty years. 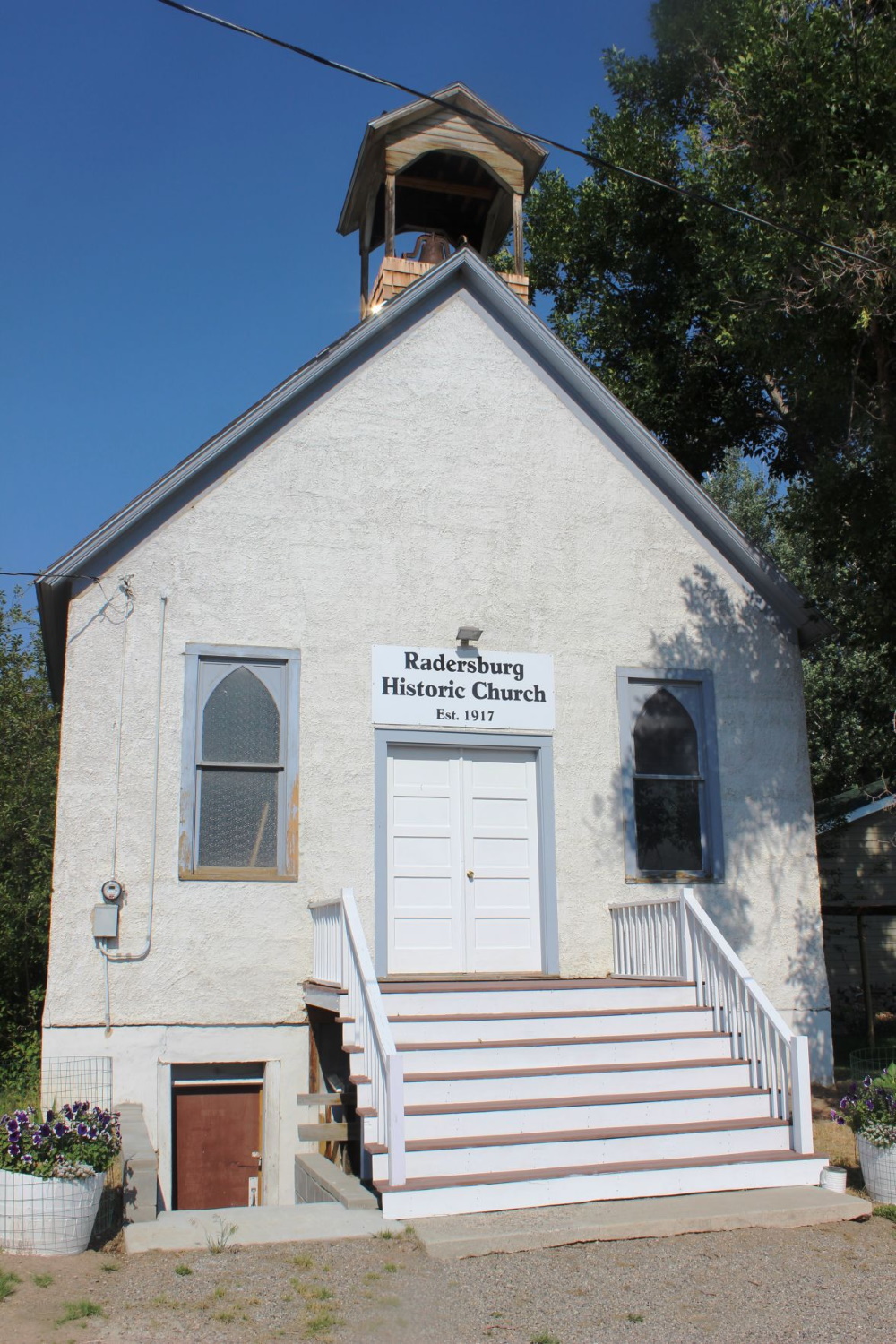